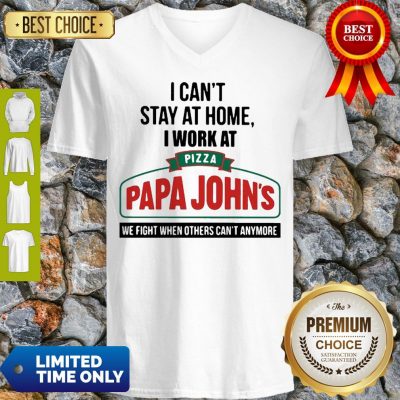 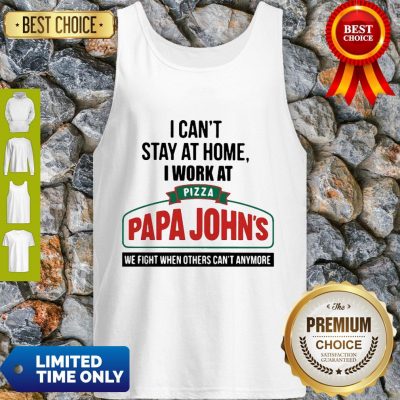 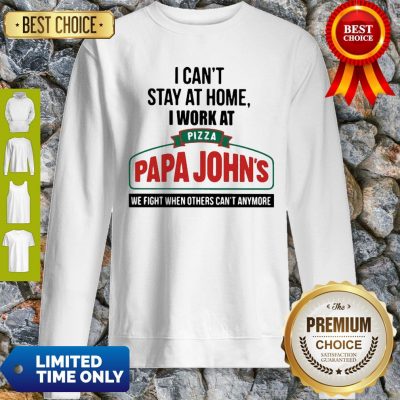 On the flight back home I began to I Can’t Stay At Home I Work At Pizza Papa John’s We Fight COVID-19 Shirt feel like I was coming down with something. By the day after returning, I felt like death. All the symptoms of coronavirus, everyone else on the trip with began to show symptoms too. A friend of mine hung out at my house the day after I returned. He showed symptoms within 3 days. He’s got so bad and his breathing was so difficult he had to be hospitalized. They also told him he had a bad virus. I’m convinced I caught it. That including the flights I had to take multiple times a month. I do hope that an antibody test comes soon, and hopefully a vaccine as well. I was as well, sick for 4 weeks, beginning of January. Fluid in lungs, coughing, just felt like the bad flu for a whole month.

I had the worst sickness I ever had in my life earlier in the I Can’t Stay At Home I Work At Pizza Papa John’s We Fight COVID-19 Shirt year. Maybe late January or late February. I felt like I was drowning in my own body’s mucous at times. My wife made fun of me a lot because it barely bothered her. It does make you wonder when you look back on when you were sick. This is true. If people had Corona before it hit, where are all the bodies at? Twenty percent would have been on ventilators. I would imagine mass testing for antibodies is on the horizon, so hopefully, you’ll know if you’ve been exposed or not. That’s the only way we will truly know how widespread this thing is, or isn’t.

This increases the value of the denominator of the I Can’t Stay At Home I Work At Pizza Papa John’s We Fight COVID-19 Shirt fraction and lowers the percentage of serious, critical and deaths. Take a look at some of the results of antibody tests coming out if Germany and Italy right now. One town in Italy where 2% of the population had the disease showed an additional 14% of the population tested positive for antibodies implying they had the disease and recovered without ever knowing. This is actually very good news because it lowers the CFR to less than 0.5%.