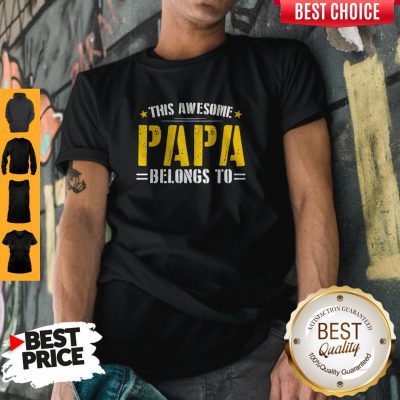 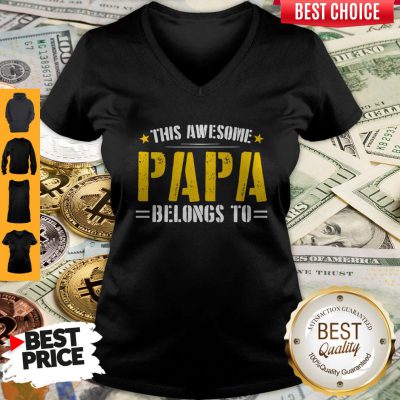 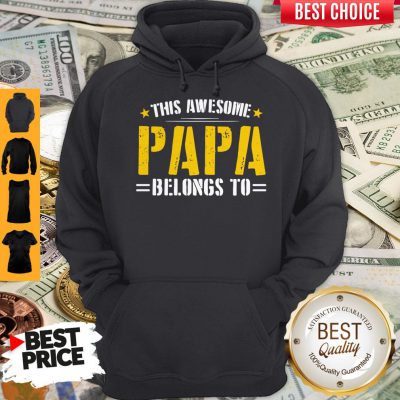 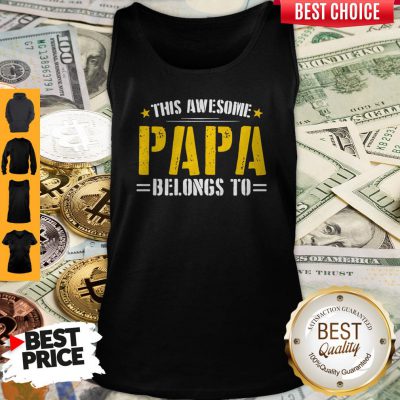 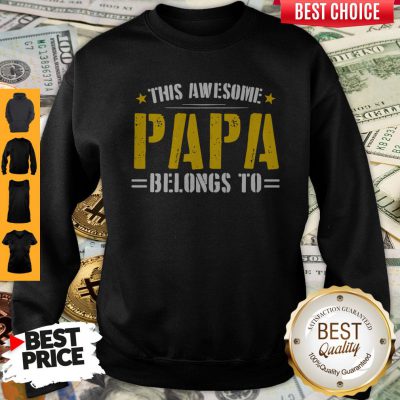 Never really typed one out, but it is formula based. Once the season gets going, I become happier with the results since it weights a Top This Awesome Papa Belongs To Shirt of numbers from the full season, last month and the last week. So, at the moment, it’s missing inputs from the last month since we’re still in the first month. But it’s built mainly around BB%, wRC+, FIP, run differential, and some other factors thrown in here and there. But since this is dealing with a small sample size. A bit, but they’re still 3/4s. And they’re the best we’ve got, along with De la Rosa assuming he stops walking everyone

it leads to a team like the Rangers taking a pretty big hit since they have pitching ranking nearly at the bottom of the This Awesome Papa Belongs To Shirt for instance. I’ve been using this method for the last 2-3 years and have, on the whole, been pretty happy with the results. But I do recognize that it has some flaws when working with the early parts of the season. I feel like the Rockies tidbit is more negative than the actual positive week they had. Yes, we gave up many runs in those first games to the Padres (which was in week 1 anyway).

But then we came out and won two series’ against the Giants and Cubs this week! Plus, we had sensational pitching in the Cubs series including a This Awesome Papa Belongs To Shirt. I’d say we were more than just “all hitting, no pitching” for this week. The only time I saw Death Grips was at a smaller venue in 2013. It was a sick show. The final one of their tour too, and they destroyed one of the iMacs they had been using for shows. Videos that year. I saw Death Grips, Ice Cube, Beach House, and Robert DeLong who had an amazing set.